Due to family commitments it wasn’t until the end of the first week in July that I managed to get to Bowood for an evening session. Peg 7, although very weeded was my home for the session and starting my usual way with 3 balls of groundbait and maggot on the hook for the first few put ins . I was using a home made float taking 0.5g to 0.16 Shogun and a 16 hook. A plethora of rudd and small blades plus two roach came to the maggot before pike arrived and subsequently lost one. On to the corn and first put in a tench that immediately dived in to the thick weed on my right and kindly left the hook there for me to drag in a bunch of weed! Next put in I had a skimmer of 1-4 followed in the next half hour by two more of 1-4 and 1-2. A quiet spell saw me go back on the maggot and lose two more pike before returning to the corn and losing 3 more tench. FRUSTRATING or what!

Back two days later for a morning session saw me return to 7 and fishing the same way saw me lose two further tench and 2 more pike before I managed to net tench of 3-0 (incidentally this is the smallest tench so far this season as I write this!) and 4-8 before a lull signaled a return to the maggot and being bitten of by double figure pike three put-ins ion a row. This marked the final straw and I packed up.

Next day and back for an evening session, avoiding the blisteringly hot day-time sun, peg 9 was the chosen spot and usual tactics employed I had a jack of 1-11 first put in followed by a pike free time with 24 rudd. 4 blades 14 skimmers and a solitary tench of 3-10 for 18-3 and no lost fish for a change!

I had one further opportunity that week and I returned to 7 for an evening session in the hope that the pike had moved on, 6 roach, 7 rudd and a skimmer on the maggot before a pike snaffled a 10oz skimmer and signaled the move to corn. The recurring theme of catch 1 lose 2 followed me again as a tench of 4-4 went in the net while two others went in the weed!

Back to Bowood, 4 days later, and peg 8 hoping to break the catch one lose 2 jinx. A solitary blade, 9 rudd a tench of 4-3, NO PIKE hurrah!, but two tench lost and also a big bream.

Two days later back to peg 12, but I had taken the rake and was dragging swims 7,8,9 and 12. Fishing the maggot I had 21 rudd, 6 blades and 4 roach before the heavens opener and we had a downpour, the like of which I have only experienced in China. I discovered even Goretex cannot cope in such conditions- I packed up wet, frustrated and totally soaked as if I was not wearing a coat!

Two days of drying out and I am back for a morning session on peg 9 32 rudd and 6 roach but no tench landed- 3 lost, including one that snapped the hook! I am getting worse I decided!

It was five days before I had the opportunity to return, this time to peg 10.5 rudd and two blades in the net, corn on , float lifts, skimmer on, coming in lovely and then off! Two tench of 4-13 and 5-0 followed separated by three further losses. 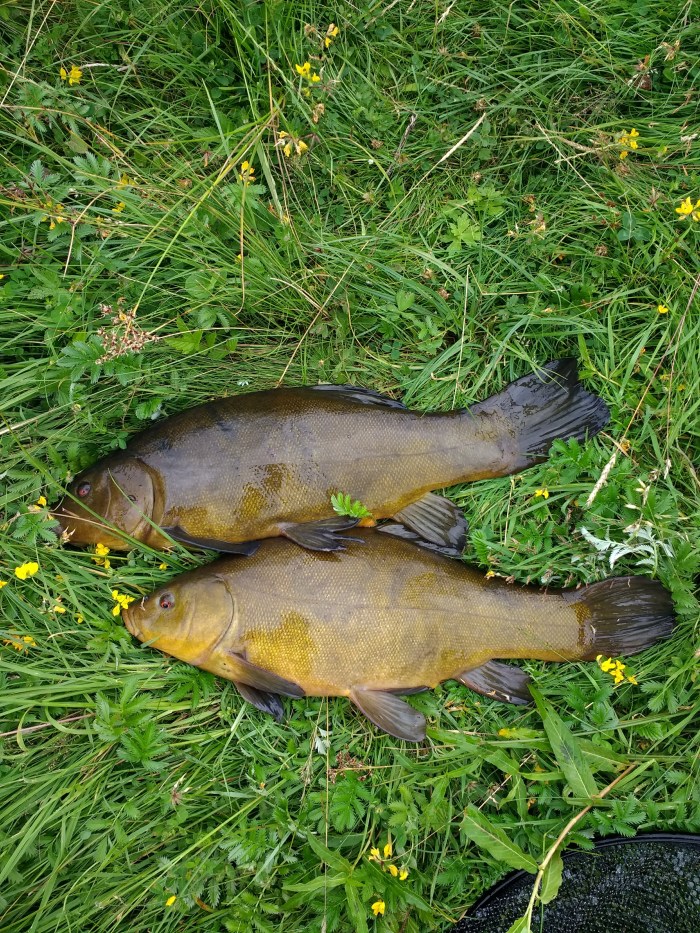 With the imminent arrival of Gareth from China I took myself on to the opposite bank and raked two swims but both were very shallow and dense weed all around. A quick session saw 16 small rudd- not very hopeful!

I am leaving the last few days of July for the August installment as Gareth and I will have 15 solid days at Bowood so I will keep it all together.