Early September is usually my favourite time to fish Bowood, the days tend to be warm and the bream are in a feeding mood.My first visit shattered this illusion, trudged down to the usual swims to find peg 12 taken so slipped into 11 – some 30 yards away. Began with 3 balls cupped in with some micros and wheat and slipped on a white and red maggot. Soon catching small roach and blades with the odd hand sized skimmer, tried the wheat but still the same stamp of fish so put on an expander for a few more fish of the same ilk. I stuck with the expander pellet as corn was not producing anything and finally lifted into a good fish that felt as if it may be a tench at first, certainly not a bream but then began fighting differently with a dogged resistance and odd run. I was amazed when it came to the net and saw it was a small carp, all 4-4 of it! Another target achieved! The session ended with a total of 12-12, not what I was expecting, but a carp at last from Bowood!

I have joined the Pewsey club and fish for their teams now, but had not been able to fish any of their matches up to this point due to other commitments. The approaching week-end saw me able to fish a match on their lake, the problem was I was not certain where it was exactly or what it was like, so a quite bit of research on Google maps located the lake and off I went mid week to see what it was like. Parking in the layby I managed to find the lake with a nice walkway laid down to the secluded lake- if you drove past on the lane you would not know it was there!

I plumped for a peg right in the middle (Peg 7) and was surprised to find on plumbing up that there was a decent depth of about 7 foot at 10m, width wise it was about 16m but I set up a small method feeder on an 8 foot Tri-Cast power wand to try there plus a BGT2 0.4g wire stem to fish at 10m with 0.10mm Shogun line to an 18.. I found that if I pulled the rig back a couple of inches that the depth shallowed up by 2 inches and I looked to fish right on this edge.. Beginning on the method I was soon into small carp on corn and after an hour I went onto the pole line which was now fizzing with the micros, wheat and groundbait I had cupped in. I had been loose feeding wheat and micros over the top for the hour I had spent on the method. Dropping in I began getting small roach on maggot at first, then on corn then on pellet before the larger fish moved in. I had a cracking crucian of 2-14, a bream of 2-6 a perch of 1-14 (all on pellet) plus a rake of small carp and one of 6-2. I reckoned on having 28 carp by the end and a total of over 35lb. A nice day’s fishing in pleasant surroundings.

I managed a couple of  short session down Bowood again before the week-end and firstly went into peg 9 just to see if the fish were still in the shallower water. I decided to stick with corn and managed 1 bream of 4-11 plus just over a pound of small roach. The next session saw me on peg 12 with just small fish for 4-0. The match at Pewsey arrived and I drew peg 3. I was expecting it to fish harder than the pleasure session and all the info was pointing to me being at the wrong end of the lake. I had an inviting far bank line and similar depth at 10m but no discernible variations. The match was disappointing from my point of view with it being a struggle once the sun was on the water. A couple of small carp on the method at first then nothing. A few small roach on the pole line, I lost one good fish that I hooked on the long pole, got back to netting range before it spooked in the clear water and raced off and the hook pulled! I managed to pinch another couple of small carp and weighed in 5-0, 3-12 of carp and 1-4 of silvers ( they have a separate silvers pool). Not a brilliant start to my Pewsey club matches but I did learn somethings for the future.

A session at Bowood on peg 6 was going well with a tench of 3-3 and a bream of 3-0 plus one of each being lost before a premature end was called due to a fully fledged storm with sheet and forked lightning!

A family holiday with the in-laws saw me return a couple of Sundays later for the first North Wessex Winter League match at Sutton Benger.I had warned the Pewsey teams that the first hour would be vital and once the sun got on the water they would struggle.I drew A6 which was permanent peg 3, for some reason they had put 3 pegs into the next field! The match began well and I had 2lb of small roach, dace and perch in the net after 40 minutes when the sun hit the water! It died and despite it going into shade for the last 30 minutes of the match I could only add 4 fish in the last 4 hours to weigh in 2-5. Upstream of me weighed in 9ozs, 1-14 then the ones in the other stretch weighed in 3-7, 3-13 and 8-7. The winner of the section, peg 1 was at least 300 yards above me and 100yds above peg 2, to say I was not chuffed with the pegging was an understatement, especially as I beat the next 5  downstream pegs from me .Team wise we did okay and were 2nd on the day only beaten by Isis on their home water by 2pts.

Tuesday saw me return to Bowood but again it was a struggle with peg 12 only producing 4-12, 4-5 of which was a tench hooked in its anal fin!The following day I was at Medley (Oxford) on the Thames fishing an MFS match. I drew peg 6 which in terms of our match was a peg about 3ooyds above the Perch Inn.Medley is a wide stretch of the river with depths of about 5-6ft but quite weedy at this time of year. I opted for a pole line at 11m where I fed groundbait and caster with loose fed caster and hemp over the top plus a waggler line about 3/4 across where I found the flow with a clear run through and catapulted maggots over this line from the start and every third run through with the pole. The match began slowly but I began to put together   a run of roach on the pole line before this died and I turned to the waggler for another run of roach before I hooked a good fish which I lost in a weed bed with the hook snapping. This signaled the end of the waggler line and with the pole line not producing I started a chopped worm line with an hour to go slightly further down stream in a clear patch and added some more roach and perch for a total of 6-11 and 5th overall.Pike had caused problems for many but I only lost two fish to pike.

Friday saw me back at Bowood peg 12 for 2-8 of small roach. It was frustrating as you would catch 3 or 4 then nothing. I suspected pike! The first  week of October was away with just the wife in the darkest depths of Devon and the opportunity to fish a series of small lakes in the valley where our lodge was situated. Nothing special over the week but plenty of roach, bream and the odd perch caught on wheat and corn.

Returning home I had the second round of the North Wessex Winter League at Clanfield the following day. B5 was my allotted swim (permanent peg 31). I had been told  that I would need to get into the water due to the big bed of rushes to my immediate downstream left and that a lot of chub up to 2lb had been showing- yeah right! I struggled to get anywhere safe in the water as as soon as I stepped in I sank into the cloying mud. I managed to position my box and hoped that the dispersal of my weight across its 6 legs would prevent me from disappearing! The match started and despite my optimism I could not get a bite on the pole line so the waggler came into play again.  By a constant trickle of loose feed I managed to catch chub – 2oz not 2lbs, and put together a weight of 4-8. The next peg downstream from me on our straight had 1 1/2 ozs, the section was won by the peg above me – 40m as the crow flies or 100m of river with 5-6.Second in section and the team slipped to 3rd on the day with Isis again winning and extending their lead over us to 5 points.

Wednesday saw me on the Thames at Windsor with MFS, drawing peg 15 I was well downstream with a longish walk. Setting up in the river again I found 12 foot plus at 10m and set up three rigs – a 1g, 1.5g and 2.5g Paster pattern that I have found works really well on the river. 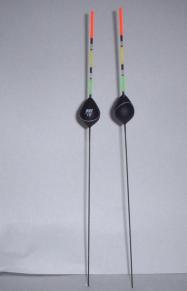 I mixed up some Noire to get the bait down in the water quickly with casters and wheat in it. Waggler and feeder were both set up. The match starts and in the first hour I had 3 bites – a small dace and two small fish that came off on the way back! Meanwhile I could see the next peg down catch small fish consistently. Second hour – 1 bite a minute roach! Hours 3 and 4- hard for everyone, feeder produced nothing, waggler nothing, chopped worm nothing, downstream now also struggling. I then decided continuing doing the same would get me the same ie nothing! So I decided to spend the last hour on the feeder across the river close to the far bank trees. Maggot feeder on and launched across the river I held on to the rod, almost touch legering when I had a small rattle followed by another- a strike and a 3oz chub comes to the net. This continued for the final hour with small chub and roach making appearances at regular intervals, in fact I couldn’t get the feeder in fast enough at the end! Weigh in came and I put 3-15 on the scales for a section win and 3rd overall, a nice end to a disappointing match.

Friday saw me head back to peg 12 Bowood,after doing the weeks shopping,  with pike tackle  in tow.My previous visit had not produced a run but I thought it was worth continuing to take it. Lots of small roach (very small) came to the pole and I finally had a run which when I hit I felt a good fish before the hooks pulled! I was not a happy bunny! A second chance came an hour later and resulted in a lean jack of 3-14. The short session saw me land 160 roach and blades in the 4 hours for 6-4 (I said they were small)so the first double figure weight at Bowood(with the pike) for a long time!

It can only get better!