With the approaching final round of the North Wessex Winter League fast approaching I pulled up at the car park at Milkhouse on Tuesday to put a bit of practice in for the Sunday. Walking up 250 paces from the car park I dropped in a large gap (100m) between two boats and set up 3 rigs – a 0.2g BGT Blood (top picture) for the punch and deeper water, a 4 x 10 BGT Peatmoor (bottom picture) for the far bank and a 0.4g home made special for the worm. Hook length for the two BGT rigs was 0.07mm Shogun to a 22 and 0.08mm to a 20 on the worm rig. 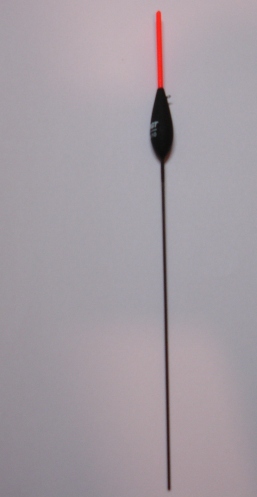 Kicking off with  a tangerine of liquidised at 2+2 distance (the deepest area since the BWB did the banking) I began getting fish from the off ranging from a half ounce up to 8oz but mostly in the 1-2oz bracket. I was finding that the fish wanted the punch falling and most bites were either a lift on the drop or the float would bury within a few seconds of reaching full depth. After an hour and a half, with the fish still feeding well, I came off that line and potted in a ball of groundbait with a few caster in it on the far bank line and about 20 dendrobenas finely chopped on the worm line which was an extra section out from the bead line, just as the bottom began to rise. A perch of about a pound several smaller ones plus a hybrid of about 12ozs obliged and again I came off feeding fish to try the far bank swim. Small roach were immediately on to my red maggot and after a while I came off them and introduced  another ball of liquidised and began catching on the punch again, after a while I tried the worm line again and again began to catch – so much for not coming off feeding fish! I packed up after 4 hours with about 6-7lbin the net, knowing that it had been a waste of time as it would not fish like that on Sunday!

Sunday arrived -preceded by two days of heavy rain! The water was now not as clear but too bad. I ended up drawing E3 which was about another 1000 steps past where I had practiced!The first thing that hit me was the fact that it seemed that every leaf on the canal had blown in front of me, the pegs in the rest of the section were clear! I set up the same as before but also set up a heavier worm rig with 0.10mm hooklengthy, just in case! It was apparent from the start that it was going to be harder and although a few fish came to the punch it was a lot slower, after an hour I tried the worm and had two small perch then nothing, across to the far bank and nicked a couple of roach in between hooking leaves. The match carried on like that- nick a couple of fish, rest the swim and try another line.With an hour to go my heart sank as Fred Parker (Isis) next to me landed a hybrid and the Radcot angler also had a better fish. Come the all out I was miserable with a weight of 1-2 and two points beaten by both Fred and the Radcot angler. The section was won by our other team with Colin Weston catching some hybrids for 3lb+. The long walk back past the other sections did not lift my mood as it appeared Chris Rushton had also bombed out (he did well surviving the match before heading off for hospital with chronic toothache). When the dust settled back at the pub we had managed to do well in the other sections and came second on the day and won the League by 5 points. 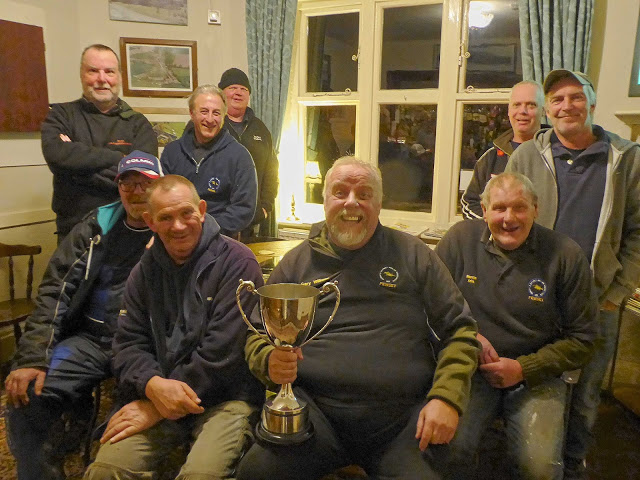 Wednesday saw me head back to Bowood where the coloured water on peg 12 finally gave me some action with a bream of 4-8, I lost a tench of 4lb+ at the net and had a 5-4 pike on the pole on worm. It was only on adding a pot of worm to some molehill soil that I began to get any interest, a smattering of bits saw me end with a 10-12 total.

Friday saw me head to Pewsey’s Lake for a short session before the Sunday match. I plumped on peg 5 and fed two pole lines at 11m at 10 o’clock and 2 o’clock. Caster  plus one small ball of groundbait on the 10 o’clock line and micros on the other. I gave the pellet feeder an hour while the pole lines settled but no interest. On to the caster line and immediately began to catch small roach on red maggot, when I tried the micro line with expander I had to wait longer for the bites but the fish were slightly bigger. The caster line I attacked with a 0.2g BGT Shallow Long and strung out shot in the last 3feet  to an 0.8mm Shogun hooklength and 20 hook,  the pellet line was similar but attacked with a homemade special. After 4 hours I tipped back about 4lb+ of small roach.

Sunday arrived and as usual there was a good banter beforehand. I drew peg 10 which reputedly was okay. Tackling up in the same way my hour on the pellet feeder produced a couple of nudges but no fish. Moving on to the caster line I began to pick up the odd fish but not as quick as mid-week. After an hour of this I went back on the pellet feeder and had a carp of 4lb almost straight away and then nothing. A few more roach off the caster line and with two hours remaining I put an expander on and went over the micros that I had been firing out every 5 minutes or so all match. I began to pick up better roach and then had 5 good skimmers plus a couple of small pasty sized carp to finish the match with 8-6 of solvers and 5-5-8 of carp which won me the silvers pool and put me 4th overall with two carp weights down the far end and Brian Shutler doing brilliantly off peg 3 with a big 20lb for second in the match.

The next few days saw a big freeze with sub-zero temperatures so on Tuesday I packed the ice breaker and headed off to Bowood peg 12. The temperature when I arrived was -5C, trudged down to find the ice stopped at peg 11 and the ice breaker was not needed.  First cast with the pike rod and a 10lber came to the net

Small roach followed off and on for another 2lb but nothing else.

Friday saw me back after the temperature had got above freezing for a couple of days- no ice breaker- you guessed it the lake was frozen, the Wednesday had been down to -6C and it had not recovered yet.

Sunday was another Pewsey match, this time on the canal, once more at Milkhouse. I drew peg 19 which was end peg but one so a long walk.The canal was mainly frozen but was clear where I was, I must say I would prefer to draw a peg with ice as I feel the water is warmer beneath it and the fish have cover over their heads.I set up in my usual manner and set about the match. The first hour or so was good with 25 roach coming to the punch then disaster a rumbling sound in the distance heralded a large barge coming through breaking the thick ice- in doing so it was having to rev more than usual so when it got to my open area the canal just turned into chocolate soup as the bottom was thoroughly churned up. I had 5 bites in the remainder of the match and weighed in 1-3, beaten by Nick Wurter on the end peg by 1oz and ending up 5th overall out of the 15 competing.

Back to Pewsey lake next!