With various family commitments May saw  a little bit of activity (not as much as I would like!), starting first at Patneys (Woodside Lakes) fishing down into the bay on the right. Usual set up with 0.16mm Shogun line to a 16 Kamasan X611 and a homemade rugby ball type float taking 0.8g, set with a bulk two feet from the hook and two nos 8 droppers in the 8 feet of water at 13m. Kick started the swim with a ball of groundbait and a pot of micros with about 10 cubes of 4mm meat. The day was a bit on the grey side and I was glad to be wearing my fleece and coat! Anyway it was the usual slow start with no bites on meat for over an hour despite the regular plug of groundbait with 5 4mm pellets and 4 cubes of meat each put in via a toss-pot,, so I put on two maggots just to get a bit of action. Immediately I had two skimmers and two roach, then a small carp of 1.5lb. I then managed to lose a lump having got it back to 5m when the hook pulled for no obvious reason.

The wind now picked up stronger than previously and I lost sightb of the hills in the distance so I knew rain was on the way, as the rain started I had a carp of 6lb before the rain turned to sleet and then hail which was being driven into me with ever increasing force by the wind. I managed to hook and lose another lump to a hook pull before the wind made it impossible to fish and I packed up during a brief lull before heading back to the car with the hail bouncing off me!

My next outing was more than a week later again to Patneys but this time at the left hand side of the island on the right bank – the swim where I had missed the bites on a previous visit. I set up the same way as previously on the peg but stuck with meat, I wanted to see if I could solve the problem of the missed bites. I ended up with a partial answer to the problem- I had 3 carp of 4-4, 1-4 and 1-4, 3 bars of soap tench, a golden rudd and a roach and at least 20 bites that were missed. I believe the problem may have been the bar of soap tench that were holding the meat in their lips as all three tench were lightly lipped hooked and gave the exact same bite as I had been missing!

My next visit to Patneys saw me two swims below the far end of the island on the right bank.  A really frustrating session saw 6 skimmers and a perch plus 20+ missed bites on a variety of baits, despite trying smaller and larger hooks. Grrr!

Three days later I was at Pondwood Fisheries between Reading and Maidenhead for an MFS match organised by Rick Baxter. Arriving early I parked up and had a look at the water- a narrow snake lake with lillies in some swims. I drew peg 45 which was in a small section on the left of the entry road, separated from the specimen lake by a bank of rushes. My far bank was only 9m at most away but I had a good amount of space on my left towards the rushes plus some lillies directly opposite. I decided to feed 4 swims, one next to the lillies opposite where I had seen fish basking, a swim right in the far corner of the swim with a muddy bank and overhanging grasses, a swim half way at 10 o’clock and a margin swim against the rushes where there was a channel through the rushes to the other lake. 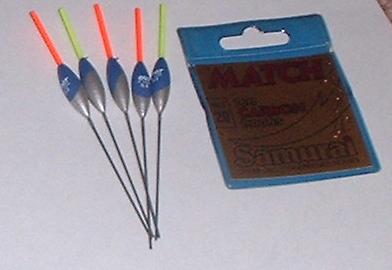 Groundbait was crushed expander that had been soaked and left overnight then pushed through a riddle that morning. Feeding a ball of the crushed expander and some micros near the lillies and into the corner swim, I put a ball of groundbait and some 4mm pellets down the middle finishing with a ball plus 20 cubes of 4mm meat and some 4mm pellets by the rushes. Double maggot on the size 18 hook I started by the lillies and immediately had 2 ide and a perch before I hooked a carp that ploughed through the lillies and snapped the elastic! Quickly setting up another rig and top kit, I had more ide and some small carp from the lillies, feeding micros via a pepper-pot. Rotating between the lillies and the corner, it was obvious that there were better fish around but the ide were getting to the bait first and if they didn’t get there the small palm sized carp did. I made the decision that as I knew I could not compete with Andy Greggory on peg 42 on small fish I needed to focus on trying to get the better fish- so meat came into play and alternating between ll 4 areas for the rest of the match saw me accumulate 21 carp, 11 ide,3 perch, 5 barbel and 3 tench in my silvers net for 19lb and 7 carp over 1lb in my other net for 14-8 giving me a total of 33-8. The guy on 44 had 32-8, Andy on 42 had 32lb+ of silvers plus carp for a 57-8 total, validating my decision to concentrate on  the larger fish. Overall a close match

The last visits of the month came the following Thursday and Friday when the MFS HillBilly Pairs took place at the Glebe fishery near Hinckley in Leicestershire. I was running the match for the site so had laptop and numerous folders in tow with the paperwork for the two day event. This year we had seeded the anglers so a “good” angler was teamed with a “noddie”, although there were some very good “noddies”!

The A group would fish Pool 1 on day one then the strip lakes (lakes 4,5 and7) on day two, the B group the reverse. I drew peg 82 on Lake 5 and endured what can only be described as a torrid time, living up to my noddie status. The six hours saw me have 10 bites , resulting in 6 lost fish, 3 carp for 15-1 and a missed bite. No need to go into any details! 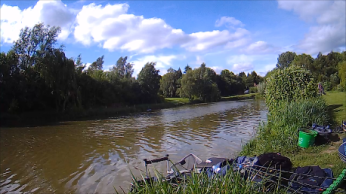 Day 2 saw me on peg 23, a peg where 147lb had been caught the previous day, albeit with a blank peg either side, which today was not the case. Stating on the feeder, second cast saw a 6lber in the net, followed a couple of casts later by a bream of about 2lb- that was it! On to the pole lines where despite advice from my partner on where to fish in the peg, the fish had not been told the same! I ended up with 3 carp for 21-12 and 3 bream and a skimmer for 6-4 and a 28-0 total, rock bottom again! I lost 3 carp and two bream, although one of the carp i did land was a double- but so was one that I lost!

I managed to pack up, weigh in, get the kit packed in the car, work out the results, and pay out 50 brown envelopes all within 2hours, so at least that side went okay! I have another two day event at the Glebe in July- I need to rethink how I approach it!

June 16 sees the start of not only the river season but Bowood’s season also. Hopefully tales of tench and bream next month!