The groundbait market has changed radically over the last 20 years with the focus moving away from natural venues to commercials and fishmeal based groundbaits. This can cause a problem for the natural venue angler in that their local tackle shop may have a great range of commercial orientated bags but a limited selection of “natural” bags. Previously the choice was Sensas or Van den Eynde in the main but now a range of new players in the market such as Bait-tech, Sonu-baits, Dynamite baits, Ringers and many others are available.

So what is my choice? I have always been attracted to “unknown” brands as just because it is cheap and not a “name” does not mean it will not work. So here are a few of my choices and what I use them for.

My go-to is Sensas Noire, I have confidence in this and can mix it in a variety of ways to vary the break-down. If bream are present then I will use a 50-50 mix of Noire and Gros Gardons – I know Gros Gardons is aimed at roach, but no-one told the bream that and they seem to like it!

I am treating Bowood as a separate venue in this as I fish it so much. My mix for Bowood can vary but inevitably contains Cocoa Belgique from Caperlan a Decathlon brand. Not the type of place you think of for fishing but their groundbait is cheap and works well, plus if you buy enough you get free delivery. Interestingly they give a rough breakdown of the contents on the web-site.

I buy the 5kg bags and store them  in plastic containers the fat balls for birds come in. I pour them directly in and just cut the label off to put it on top of the groundbait for reference. 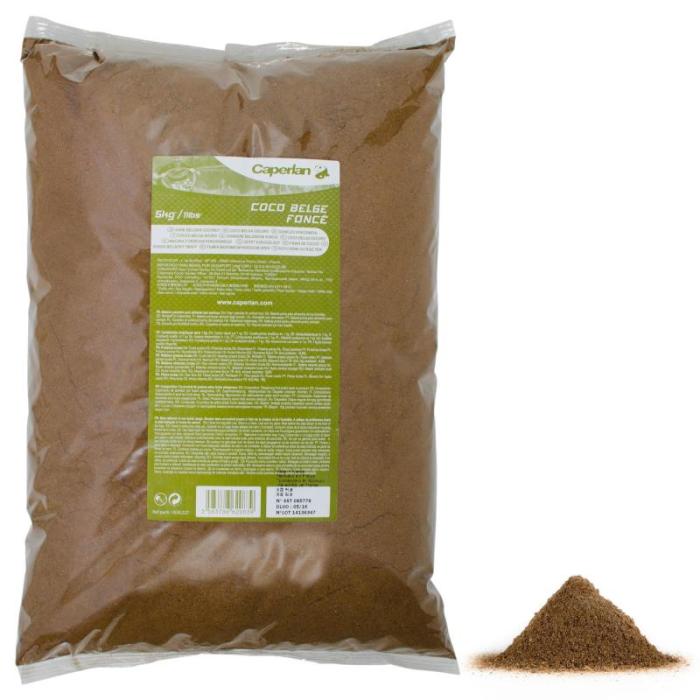 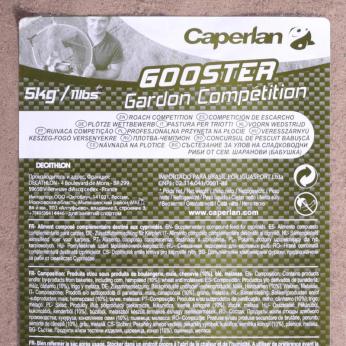 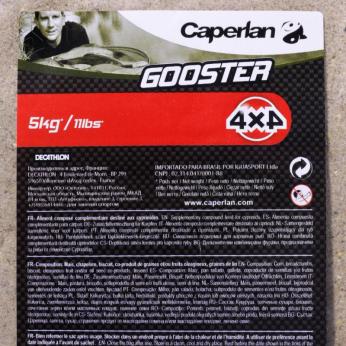 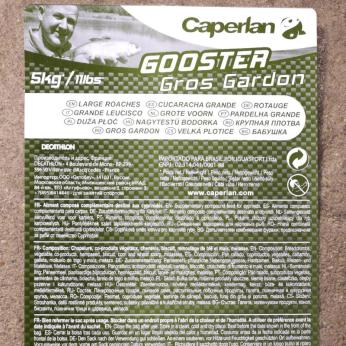 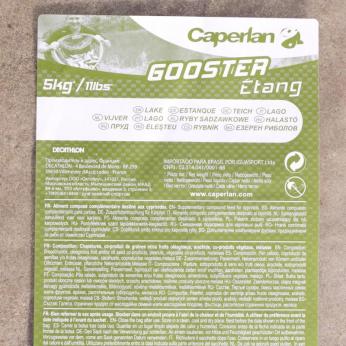 I use a large pole pot when mixing the “mixes” so I know the amount I am making. The mixes I am currently confident with for the tench and bream are as follows

The pegs where I am expecting more bream than tench I use B & C, for the autumn D comes into it’s own, A can be used all year round but especially suited for winter .

Depending on the information I have regarding the lakes and the amount of pellet going into them I have two basic mixes I have confidence with.

For down the edge I use whatever fishmeal based groundbait that is on offer cheap! For bottom work on the pole I like the Green Swim-stim and feeder /method work I like a 50-50 mix of Maryuku 130 and 150 ( although this will not be available much longer).

So that is what I use- not exclusively but mainly. Hopefully this may answer a few questions when I say I cupped in 5 balls!

June kicked off with my regular venture to Peatmoor for the Peatmoor v Three Counties match. I had been warned that it was fishing very hard and judging by the poor attendance word had spread. I drew the old peg 27 (can’t remember what the peg number is now!), a peg I had won the match from before with 40lb+ of bream but although it is the conduit between the narrow backwater and the main lake it can be iffy at times. My plan, such as it was, consisted of an hour on the groundbait feeder towards the tree at 25m then on to the pole line that was going to be fed for the first hour with a mix of micros and casters.It was HARD – I had seven roach and a crayfish  all on the feeder the pole line appeared devoid of life! My 8oz placed me 3rd! I said it was hard!

Three days later I headed out to Isis No 1 lake with just a waggler rod, my intended swim was taken so I dropped in to the first swim on the left bank. Plumbing up I found 14feet a rod and a half out! I fed two swims with hemp and casters, one directly in front and the other off to my right close to a tree in the water. A pleasant couple of hours saw me with 19 rudd, 14 perch and a roach, plus 4 small tench.

The Sunday saw me head back to Pondwood for another MFS match, Darren Egell was guesting on this and a text just before the draw said he was running late but on way so could I draw for him. At the draw I said “this one is for Daz” and drew out 45!!!! the peg I had last time, I drew 33 in a different pound, a lot wider and some nice lilies across. Darren turned up ,and I gave him the gen about the peg, pointing out where I had caught. There was not much variation in depth in my peg- the usual 3feet but I decided on a line at 6m to my right against a small patch of lilies (2 in fact), one at 10m directly in front and a final line to the left of the big bank of lilies at 14m. Rotating between, meat, maggot and corn I had a pleasant day made up of 10 small tench, 1 small carp, 4 roach, 1 skimmer and 4 ide in my silvers net for 6lb and 7 carp in the other for 17-8 giving me a total of 23-8 and 2nd in section. I lost 5 carp in the lilies but that was always going to be the case!. Daz came second in the match despite missing the keepnet with  a 2lb carp !

The Wednesday saw me head off to Patneys and fish just to the left of the island on the right bank. My usual gambit of toss-potting meat and pellets gave me another frustrating session with 3 carp, 3 skimmers and 2 perch being landed but I missed 20+ bites for no apparent reason.

With the Glorious 16th on the horizon at the weekend I had a short session on Isis No1, this time on the front path to the left of the big overhanging tree. Again I was fishing just waggler but this was a great deal harder with just 1 bite from a 2oz perch all I could muster in the 14 feet of water.

Sunday arrives and I trundle off down the hill to Bowood and after a quick look plump for peg 7 – not to shallow with thick weed beds scattered around. I raked the swim first so I had a relatively clear bottom and proceeded to set up. Home made float on a 0.16mm to a 16. Elastic was a doubled 6 through the top two on a puller. Cupping in 4 balls of groundbait with a sprinkling of wheat, micros, hemp and corn I started on double maggot and after 9 rudd, 2 blades and 8 roach, I was ready to slip the corn on. First put in the float dips, the strike meets with a solid resistance that doesn’t move at first and I think-pike. True to form a jack of 4lb had taken a grab at my corn and after a short but enjoyable scrap was returned. 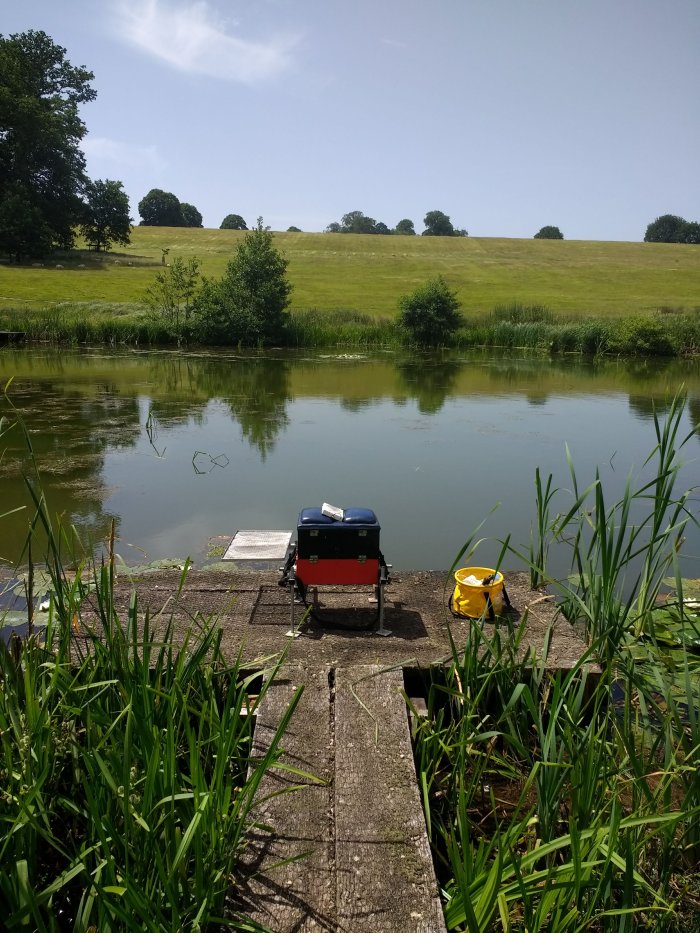 Finally the float lifts and I am into the first tench of the season, easing it through the weed I eventually net a lovely 5lb tinca. Two more follow of 4-10 and 3-6 before I need to go, so ,a 19-10 start to the season. 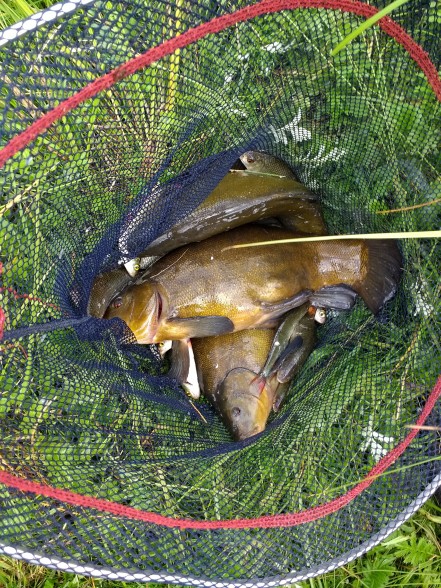 It wasn’t until the following Friday that I could get out again. This time peg 8, fishing the same way I found this time the tench were conspicuous by their absence but instead I had 2 rudd/bream hybrids, 7 roach, 24 small rudd, 1 perch and 20 skimmers, 9 of which were slightly better going from 10oz to 1-10. A smaller total of 10-12 but enjoyable. 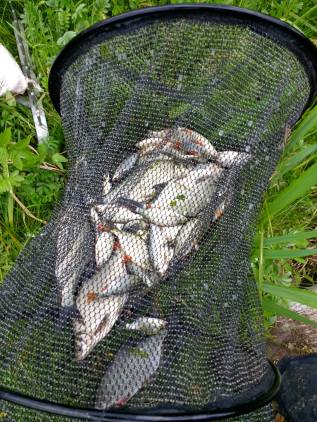 I had noticed over my two visits that there had been a lot of crashing in the shallows and when two walkers on the far bank had asked why there were so many big fish on top in that area it made my mind up to have a go. So peg 2 was my port of call on the Sunday. Very shallow and weedy but a decent colour, so I potted in 3 balls of groundbait with the usual accompaniments except I had forgotten the corn! I managed three put ins on the maggot with a small blade, roach and rudd before I hit a bream of 3-12, then another  smaller one of 1-12, I then lost 7 fish on the trot with the hook pulling out. Cursing my stupidity/laziness I changed the top kit from a doubled 6 which was obviously too harsh to a soft 12 hollow elastic. Problem solved  and 4 more of 3-2, 1-10, 3-10 and 2-11 came to the net and a 16-12 total, leaving me to reflect on what might have been. 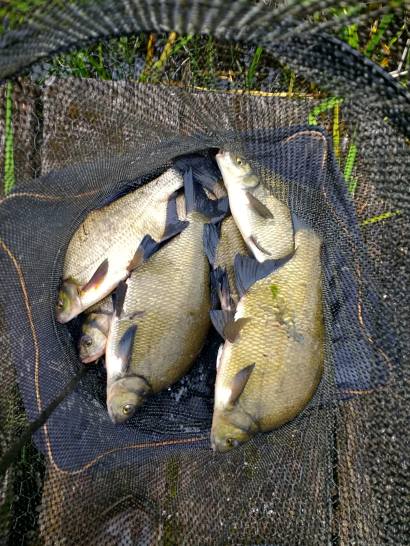 Tuesday sees me back at peg 2 with corn! However the colour had gone and I knew I should have kept on walking but I tried and failed! A jack of a pound, 4 roach, 2 rudd and 2 blades for 2-0 and a tench lost at the net brought me make to reality – find the colour in the water! Walking up before I left I could see bream swimming in peg 8, tench rolling in 7 … 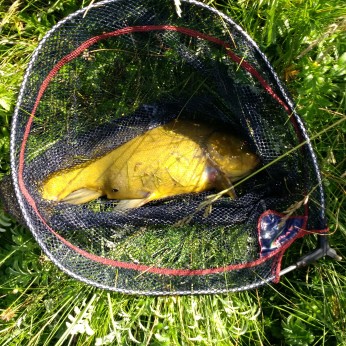 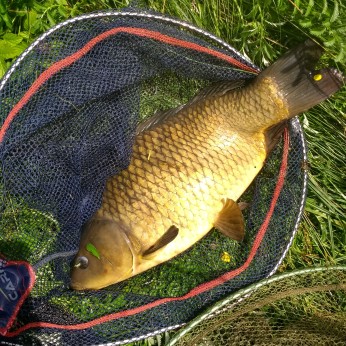 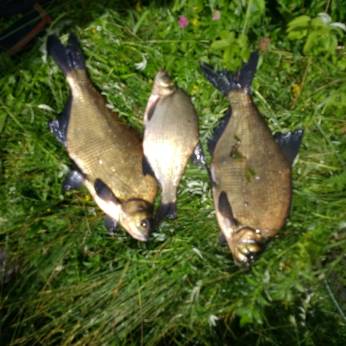 Sunday, the last day of June sees me going on to the opposite bank, peg 25. I had seen so many fish cruise and swirl in the area I thought I had to give it a go, so armed with the usual tackle plus carp rod and pod I set forth. It was very weedy and had to be dragged, also shallow compared to the other bank. It was hard- nothing on the carp rod, and I save a blank after 3 hours with 6 fish for 5oz – 2 x blades, 2 x roach a rudd and a perch. But that is the nature of Bowood- find the fish and you will have a good day!